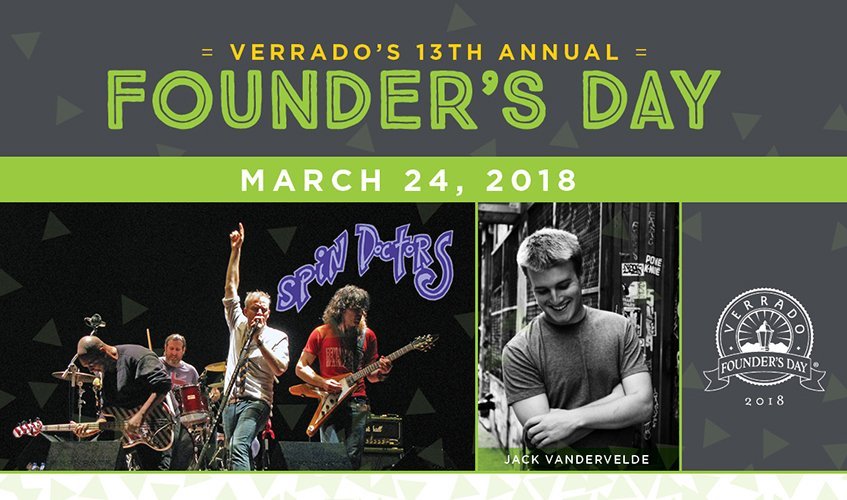 It’s 13 years strong for Verrado’s Founder’s Day celebration. This vibrant and engaged community we are lucky enough to call home has hosted some amazing talent, and the 2018 Block Party performers are no different.

In 2017, Jack released his first two singles, “Trouble” and “Pick it Up Sometimes“; in 2018, he released his new single “My Mind.” He will have our community swaying and toe-tapping.

Spin Doctors debut studio album “Pocket Full of Kryptonite” went triple platinum and peaked at number three on Billboard’s 200 albums chart. The band’s popularity is based on universal rock ‘n’ roll appeal, and resulted in nominations for an American Music Award and a Grammy Award.

Fun fact: Before forming Spin Doctors, members of the band launched their rock careers with musicians of another awesome band of Founder’s Day past, Blues Traveler.

We can’t wait for Spin Doctors to visit us in Verrado during their current tour. In fact, some of us have already added Jack and Spin Doctors to our Pandora station list…and others of us just dusted off the CD on our shelf.