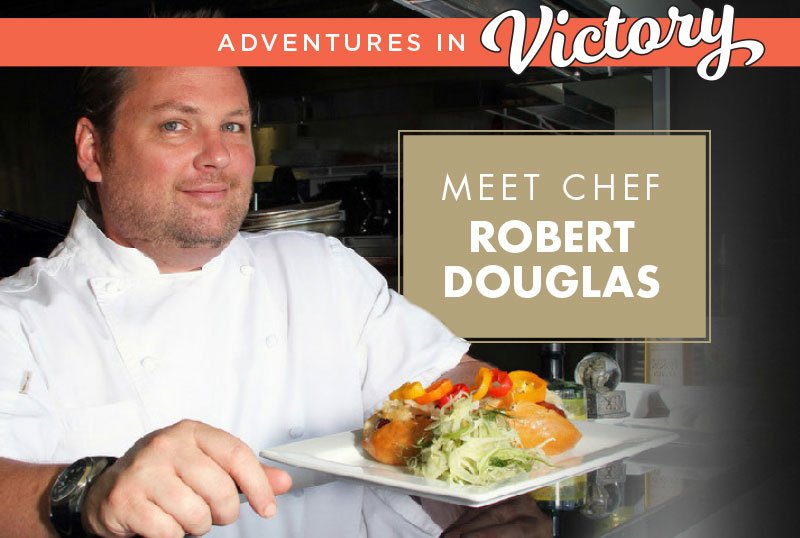 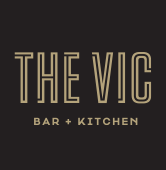 Last week we had the pleasure of introducing Victory’s Clubhouse Manager, Troy Thivierge, and we’re extremely excited to share that the Victory at Verrado team continues to grow.

The Victory Club experience is incredibly important to residents and we’re stopping at nothing to make sure it’s second-to-none. Perhaps the most important part of that experience is The Vic Bar + Kitchen, because after all, in the words of preeminent American food writer M.F.K. Fisher, “First we eat, then we do everything else.”

This week we are thrilled to share that the newest member of Victory’s growing team will be responsible for just that – creating an incredible experience at The Vic. So, it is with great pleasure that we introduce you to The Vic’s new Executive Chef, the incredibly talented Robert Douglas.

A highly trained culinarian, Chef Douglas is perfectly suited for creating an experience at The Vic that can’t be found elsewhere in the valley. Having held numerous executive chef roles at acclaimed restaurants, including working under celebrity chef, restaurateur and 5-time James Beard Award recipient Tom Colicchio, Robert is keenly focused on cooking in its purest form. In his own words, he believes in “a return to the basics with no shortcuts; from scratch cooking.”

His extensive experience spans coast to coast, including time in South Carolina, Georgia, California and Arizona. His training began with an apprenticeship program covering the foundations of sauces, stocks, butchering and line positions, and later continued with in-depth training as a baker and pastry chef. This experience combined with exposure to a wide variety of cuisines help Chef Robert create what he calls, “true American cuisine,” which is authentic and diverse. as the melting pot character that makes this country so unique. “American Cuisine doesn’t mean boring or unsophisticated. This country is a melting pot. We have such unique and varied food culture that lends itself to a highly creative and diverse menu,” he explains.

Chef Robert also believes in using techniques that help to stimulate all five senses to create a primal reaction to food that he refers to as “genetic joy.” In his words, “sharing meals around a fire is built into our DNA. It brings us great joy – tastes, smells, sounds, and stories. I try to use techniques and create dishes that speak to all of these sensory experiences. I want every plate to tell a story.”

So what else can you expect from Robert’s menu at The Vic? Simplicity. Douglas believes strongly in letting ingredients speak for themselves, an effort to “showcase the food, not the chef,” as he says. Techniques such as using exceptional, locally sourced seasonal ingredients, and classic cooking methods like grilling meat over a wood fire are used to create a dining experience that is both approachable and enjoyable. For those local ingredients, Chef Douglas is planning to partner with resources right in Verrado’s backyard, such as Blue Sky Organic Farms, and other local providers.

There’s lots more to share on Chef Douglas, but we think we’ll hold off and let you ask him for yourself when The Vic opens on New Year’s Eve. For now, feel free to read more about Chef Robert Douglas’ experience below, check out the post about his debut at the Victory Founder’s Dinner, and stay tuned for recipes, interviews and event information in the months to come. 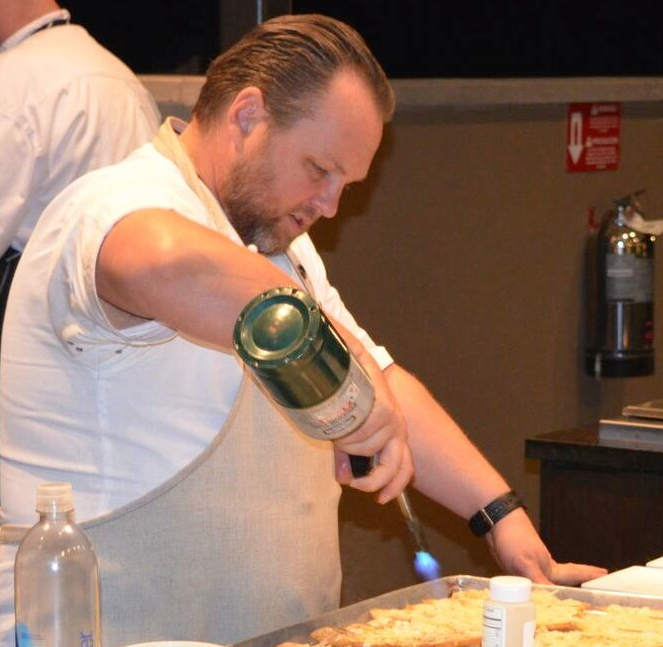 Chef Robert’s culinary education began at Seven Oaks in Greenville, SC under the direction of an Executive Chef from the Cordon Blue. It was there Chef Robe learned the foundations of sauces, stocks, butchering, and line positions. Following that experience, he sought experience in the patisserie side of the industry, eventually moving to Atlanta, where he worked as a baker for a year, which would one day be put to use as Head Pastry Chef at highly regarded restaurants in Spartanburg, SC. Robert’s talents were further refined in Phoenix, Arizona as he worked his way through the ranks of Preparatory Cook, Line Cook, Pastry Chef, and Sous Chef. A move back to the Southern United States allowed him to pursue opportunities as Sous Chef in both Atlanta and Charleston, where he began developing menus and managed kitchen operations.

Robert has worked under respected celebrity chef Tom Colicchio, during which time he expanded his culinary knowledge and technique. Following this experience, Chef Robert was offered an executive chef position and has since held that role in restaurants in Charleston, Phoenix, and Palm Desert. His time in Phoenix included roles at Desert Highlands Country Club, Madison Club, and Gozzer Ranch Golf and Lake club, in addition to opening the restaurant at Yellowstone Club in Montana.

Chef Douglas later opened his own highly acclaimed restaurant, Sense, in Palm Desert, California, which received a best new restaurant award from Palm Springs Life and numerous accolades from food critics. His passion is for cooking in its purest form, a return to the basics, or “From scratch” cooking. Using local and regional seasonal ingredients, his food is not processed but crafted. He focuses on stimulating all five senses and believes ingredients should speak for themselves. Above all, Douglas believes one should cook from their soul, with the utmost respect for the ingredients themselves.