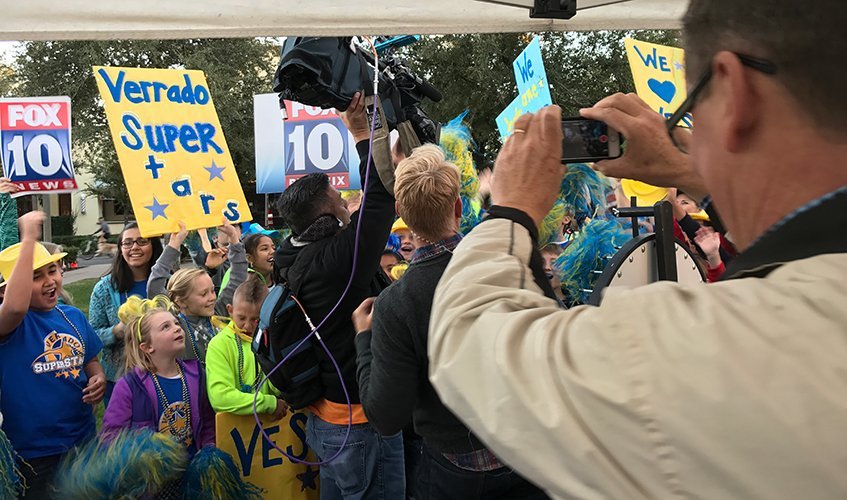 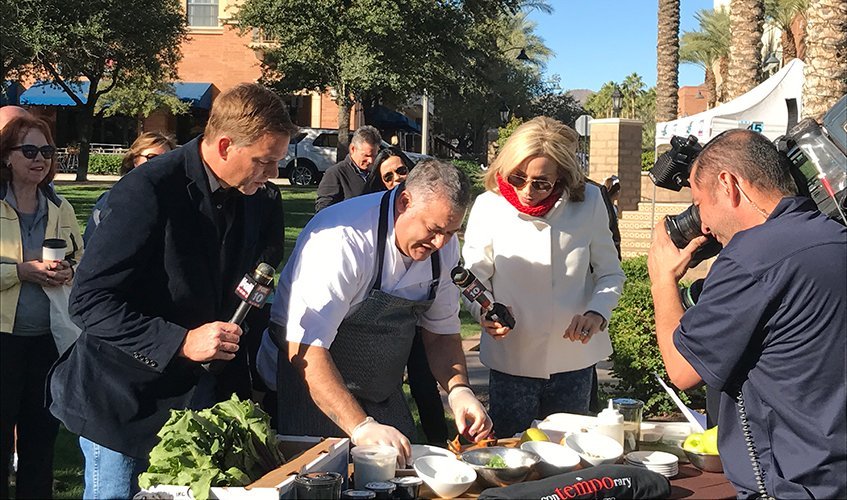 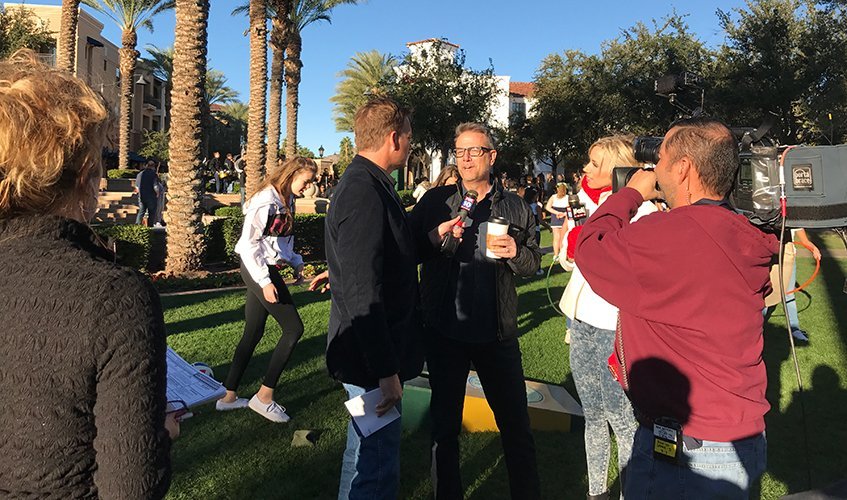 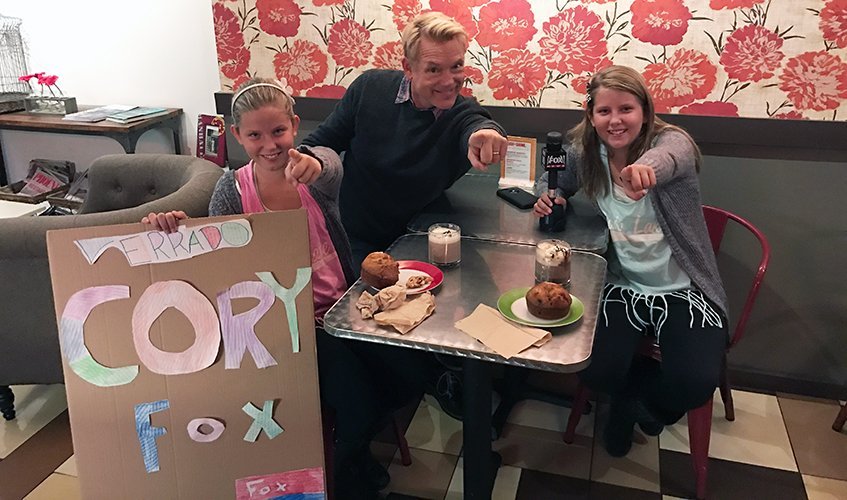 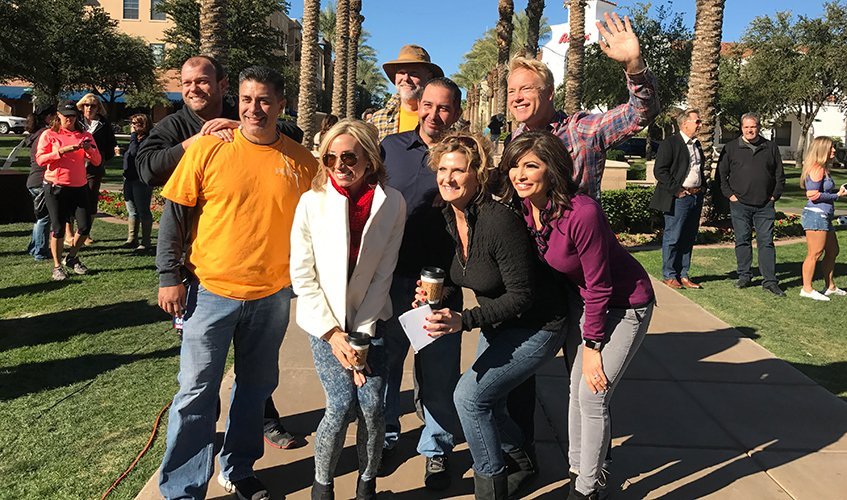 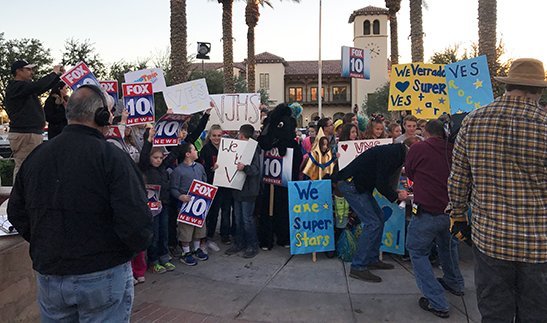 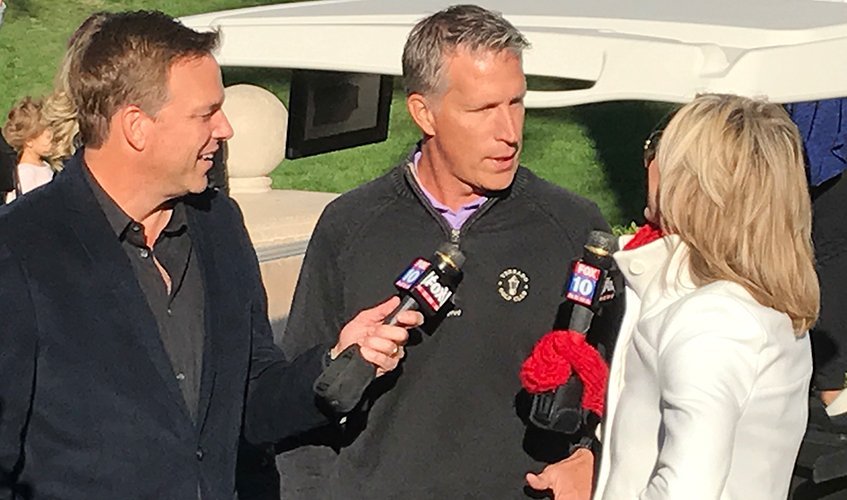 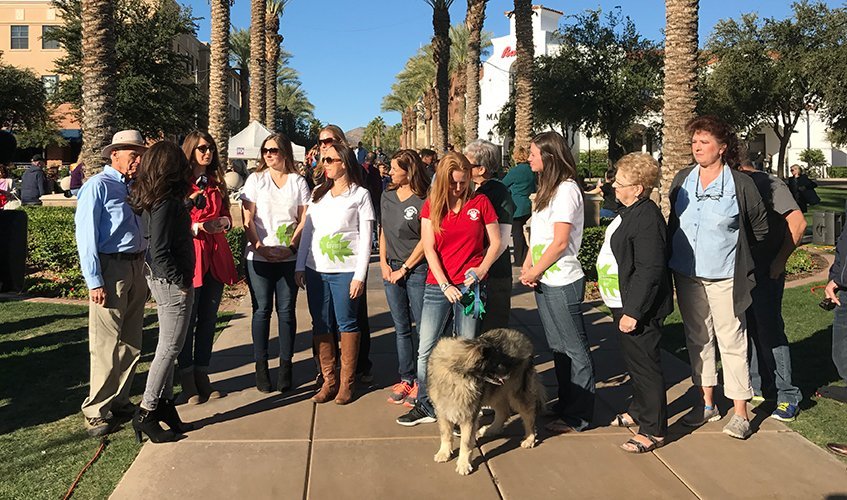 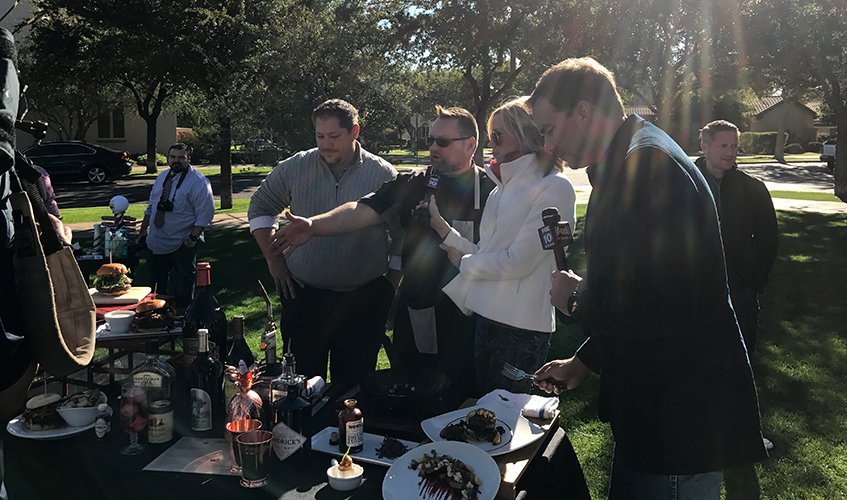 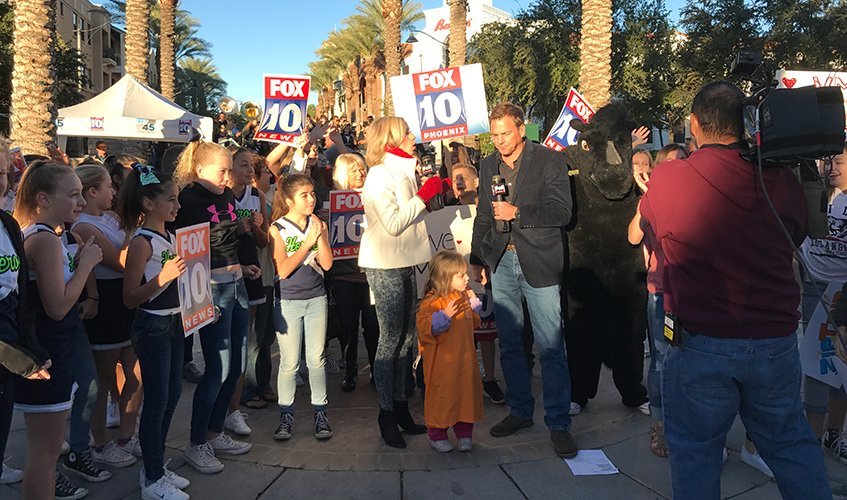 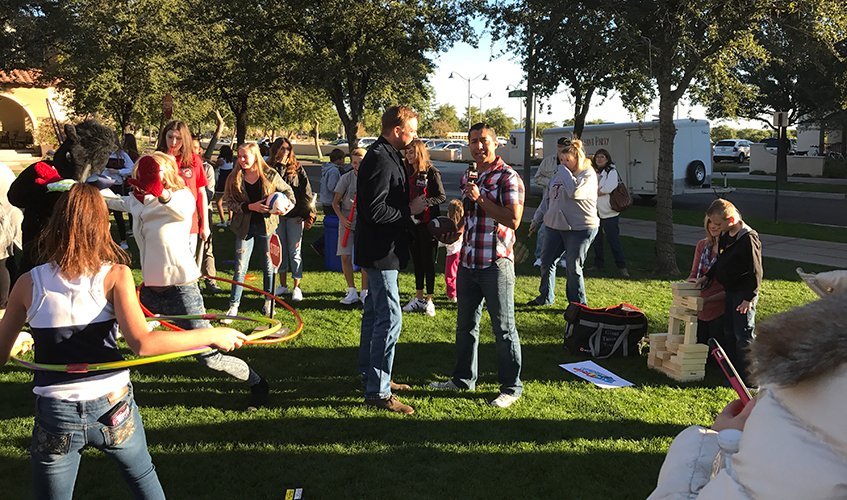 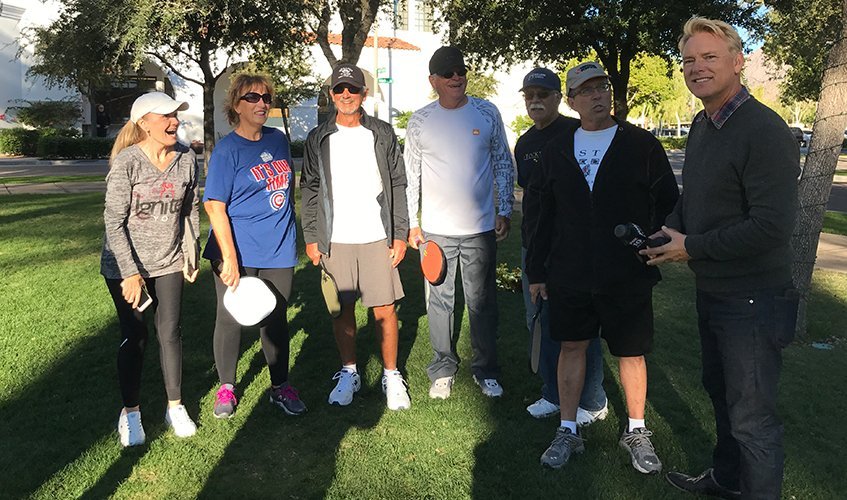 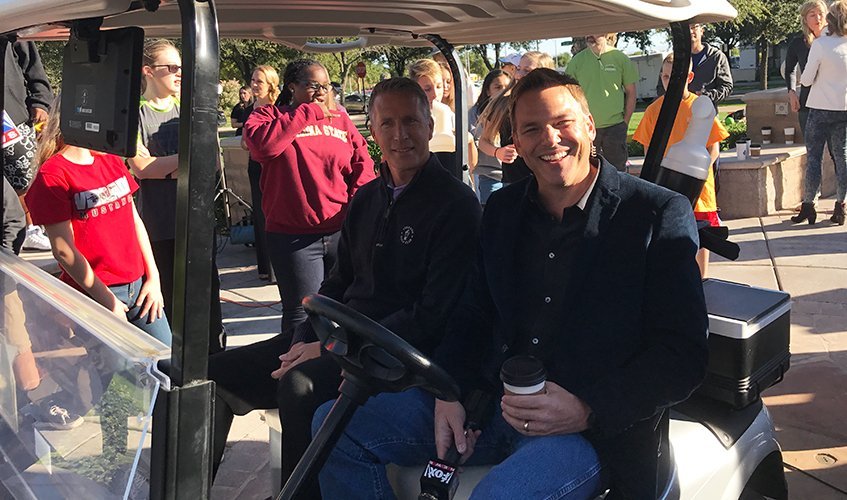 We believe the old saying is true: the more the merrier. And Verrado certainly had more—more people and more energy—come together on our Village Green to showcase Verrado for Fox 10 news.

On Nov. 16, Fox 10 Arizona Morning broadcast live from Verrado’s Village Green. It was the best of Verrado beginning with a 4:45 a.m. weather check from Cory McCloskey on Main Street and wrapping with a 10 a.m. cooking demo and tasting with Chef Robe (The Vic Bar + Kitchen), Chef Maynard (Tempo Urban Bistro & Coffee Bar) and Franco (Grazie) and co-anchors Andrea Robinson and Troy Hayden.

In the early morning hours, Cory strolled down Main Street grabbing a cup of coffee and a quick conversation with Chef Maynard in Temp Urban Bistro & Coffee Bar, and also donut and chat with Baker Gurmeet in Bashas’.

With Power 98.3 DJ Tino Cochino spinning the tunes and students from all of Verrado’s schools dancing and cheering, the green was red hot by 7 a.m. Mayor Meck welcomed the TV crowd to Verrado and Buckeye, The Spa at The Victory Club offered chair massages, H.I.T.T. and Stroller Energy fitness class participants sweat it out for the camera, and Fighter Country Partnership represented Luke Air Force Base.

At 8 a.m. we had a VIP (Verrado Instant Party) on the green. Andrea from Fox 10 showed off her hula hoop skills—42 full circles of the hips was not bad at all, especially with the camera rolling. Councilman Eric Orsborn highlighted his Buckeye marathon running chops, Todd Hornback promoted Verrado’s annual traditions including Hometown Holidays, and the VHS Band killed it with their musical skills.

The nine o’clock hour featured Verrado Golf Club, The Giving Tree program and our partner organizations including an in-depth interview with White Tank Mountain Conservancy. Anderson Institute of Music and Performing Arts students took the stage before closing out the morning with the Taste of Verrado chefs.

And now we can watch this best of Verrado showcase anytime we want.