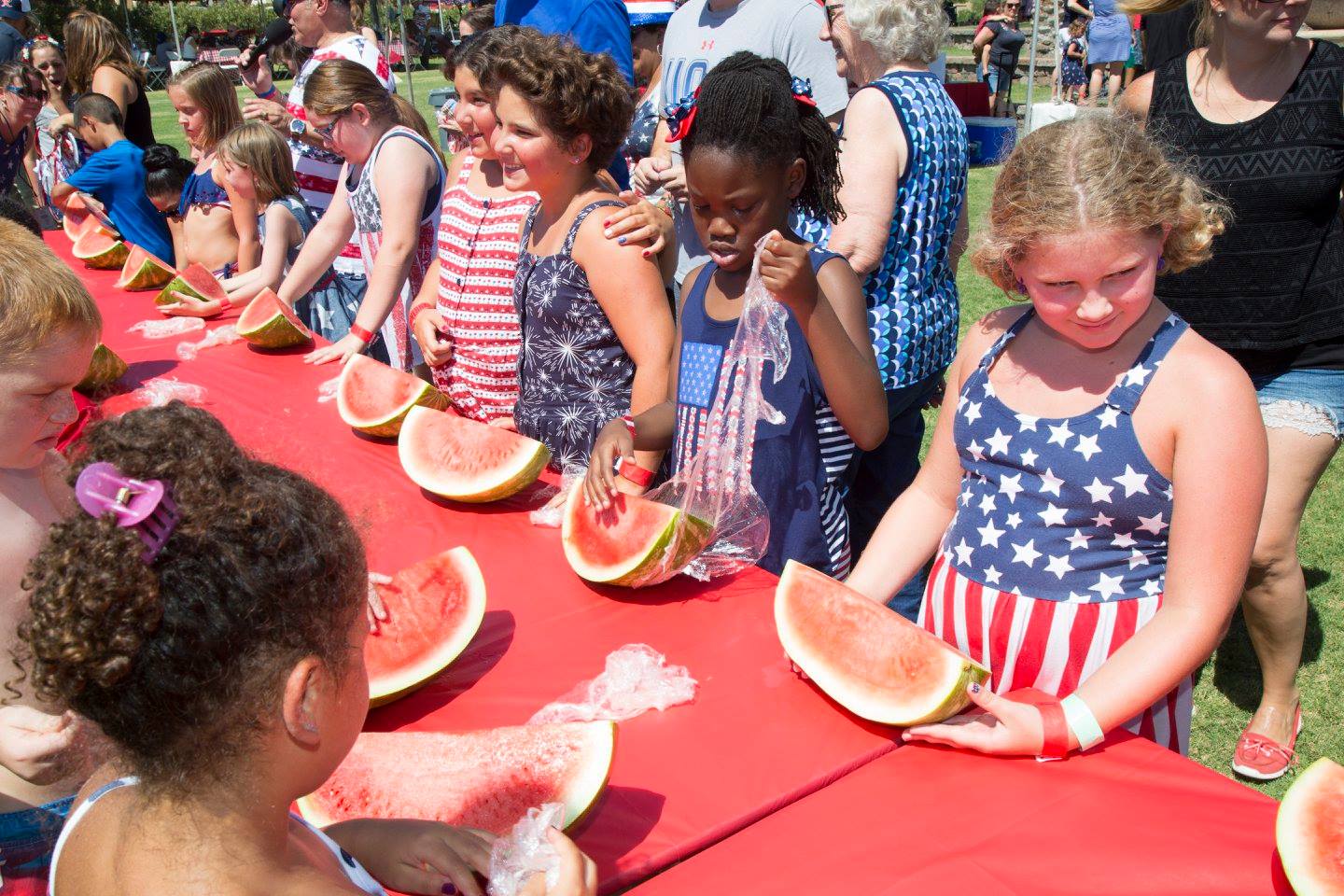 The Verrado community celebrated the July 4 holiday with annual traditions during the Spirit of Independence festivities, creating hometown charm and memories galore for the residents and their guests who shared in the fun.

The following morning a record number of participants joined in the Hometown Parade led by local fire fighters in an engine truck followed by red, white and blue adorned golf carts, bicycles, scooters and wagons. A few special guests took time out to share in the occasion as well—Uncle Sam (a.k.a. Don Nikel) along with our friend Scoopy, who passed out coins for complimentary custard from Culver’s.

The Main Street parade route was lined with energetic bystanders waving flags and cheering the riders on as they traveled from the Village Green to Founders Park.

The parade culminated and more entertainment ensued during the Patriotic Party at Founders Park. DJ games and activities were in abundance while kids stayed cool on the inflatable waterslides and frequented the popular carnival rides.

Congratulations and thanks to all who entered and shared their amazing baking abilities with us.

A big thanks to Simba Dojo and Cub Scout Troop 202 for serving popcorn.  Thanks also to Main Street Dental who sponsored and served up ice cold snow cones, a sweet treat to help guests forget about the heat!

Residents cooled off and chilled out leading up to the Fireworks Over Verrado that evening, when hundreds of residents viewed the spectacular fireworks display from Verrado Golf Club’s driving range.

Many special thanks to the 20 plus volunteers who contributed their time to make this day a success. Without their passion and commitment to giving back to their community, events like this would not be possible.

Be sure to check out the photos from these fun-filled events on our Facebook page, and please share your memories with us.