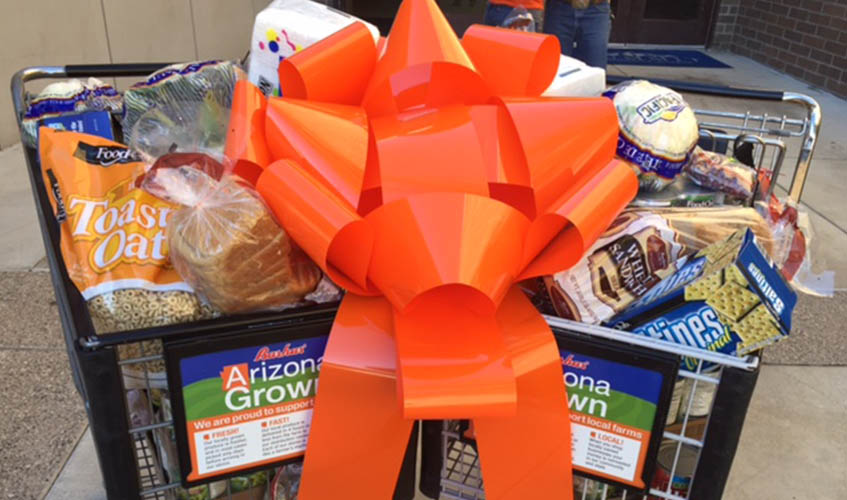 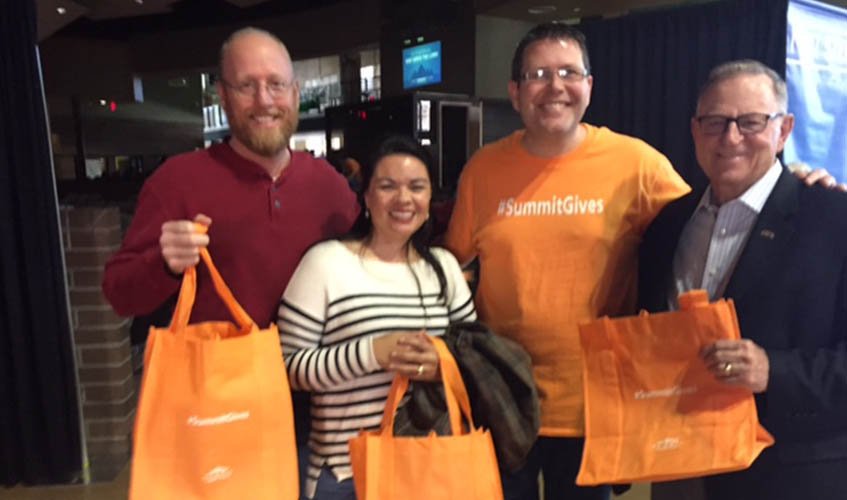 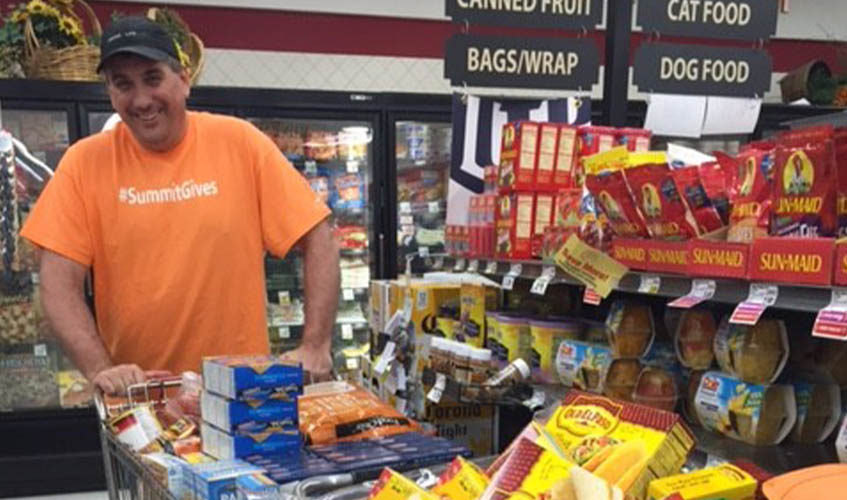 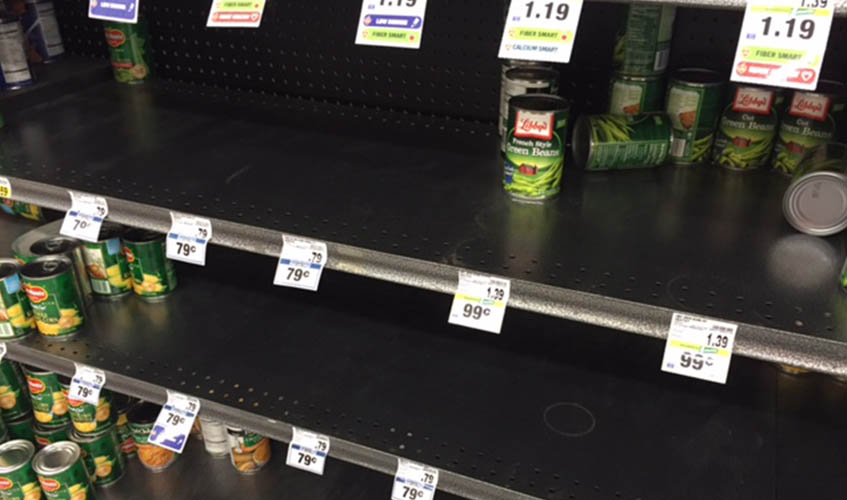 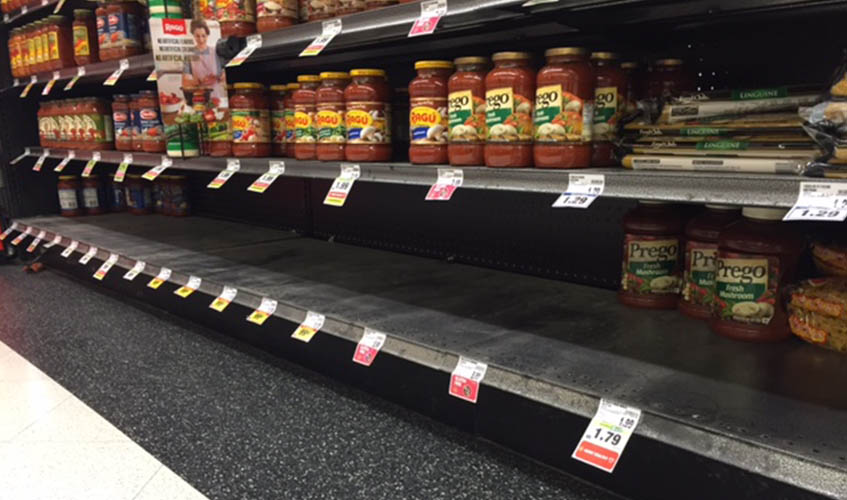 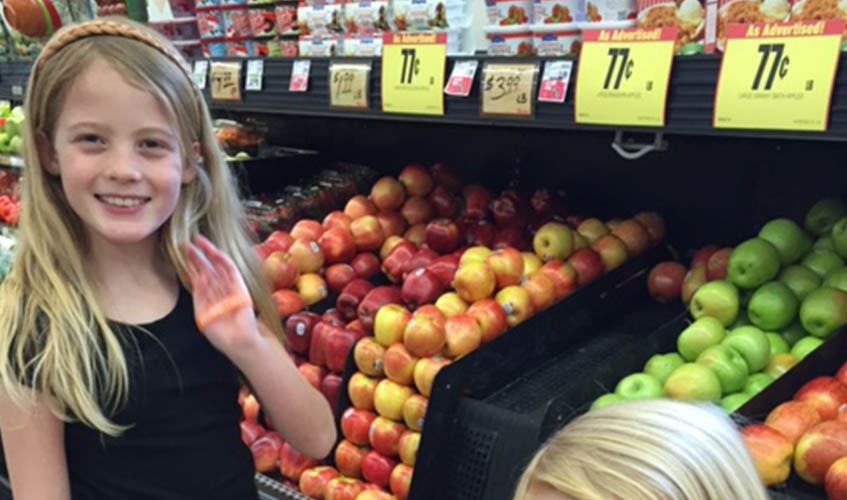 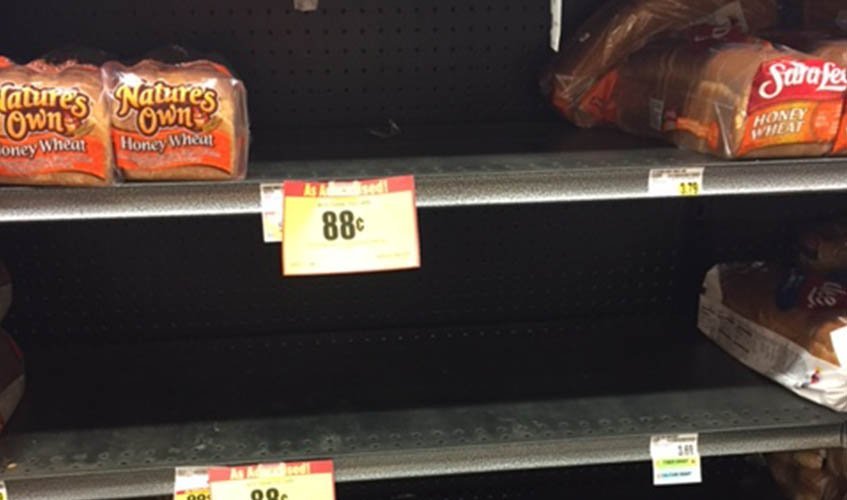 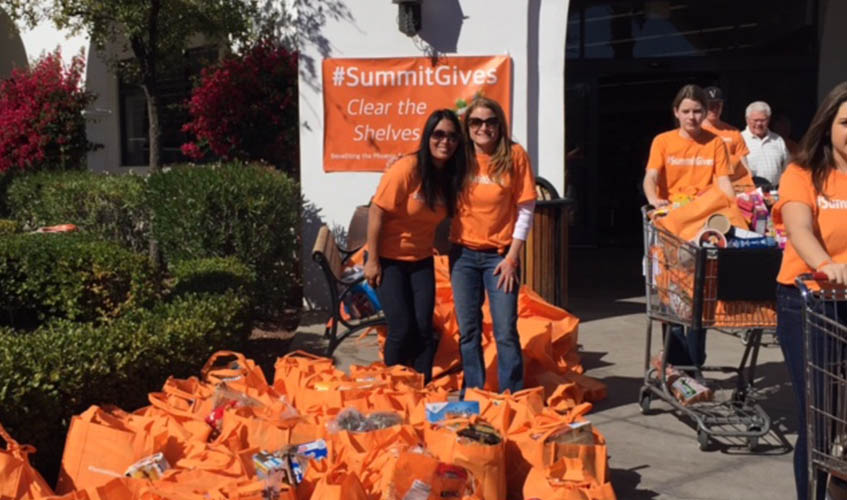 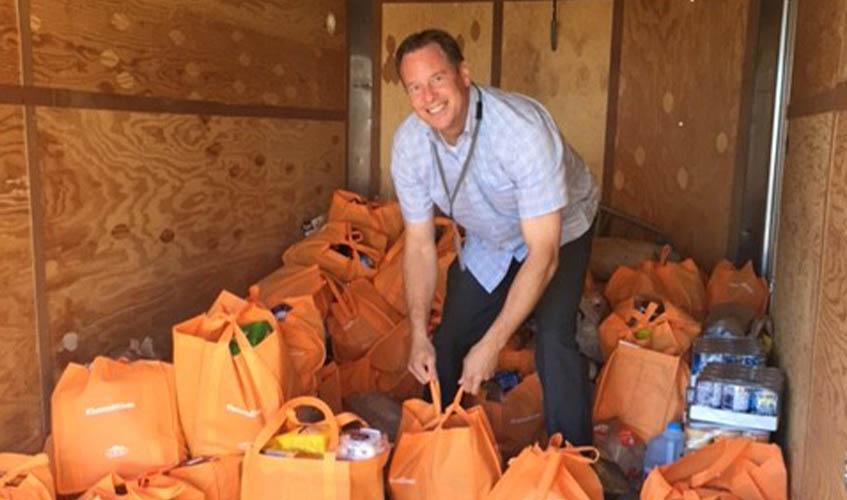 A pretty big thing happened in our little town last Sunday!  Summit Community Church of Verrado ended both of their services early and sent their entire congregation off with bright orange reusable #SummitGives marked shopping bags and a list of items needed.  All were encouraged to go over to Bashas’ to literally “clear the shelves” in support of those in need.

Several hundred individuals and families headed to their neighborhood Bashas’, where they opened their hearts and their wallets to shop for others.  They loaded bags upon bags and filled four climate controlled trucks headed straight to the Phoenix Rescue Mission in south Phoenix.

From bread and potatoes to steaks and every variety of both perishable and non-perishable goods, nothing was excluded as the shoppers cleared the shelves.  Thankfully, Summit Community Church also sent a team of 50 volunteers to help bag the groceries, assist shoppers who just stopped in for a quick gallon of milk, and to entertain the crowds in line.

Then they threw an impromptu park party in the town square, Verrado style. Complete with a rockin’ DJ, complimentary food, games, bright orange picnic blankets and information booths where anyone could learn more about Summit Community Church and the Phoenix Rescue Mission.  Lots of passers by joined in on the fun and it became a pretty amazing thing to be a part of.  One shopper commented, “I’ve been to a lot of churches in a lot of towns and I’ve never seen anything like this.”

What kind of impact can this level of generosity have when #SummitGives?  More than 16,000 pounds of food was donated Sunday by over 600 participants, meaning approximately 19,984 people will be fed as a result of this effort.

With over 6,000 homeless sleeping on the streets in Phoenix, the Phoenix Rescue Mission relies on the kindness of donors like this to help them provide a hot meal 3 times a day and shelter from the streets.  In 2015, the Mission provided 412,799 meals, 95,409 bed nights of shelter, 3,210 volunteer service hours and 871,882 bottles of water.

Did you know that over 216 of those service hours last year were by Verrado residents?  Verrado sends a team of six volunteers to serve dinner at the Phoenix Rescue Mission the first Thursday of every month.  Want to get involved?  Residents can join the Volunteerism Club on Verrado.net, and everyone is encouraged to like The Giving Tree page on Facebook for special events and updates on philanthropy in the area.