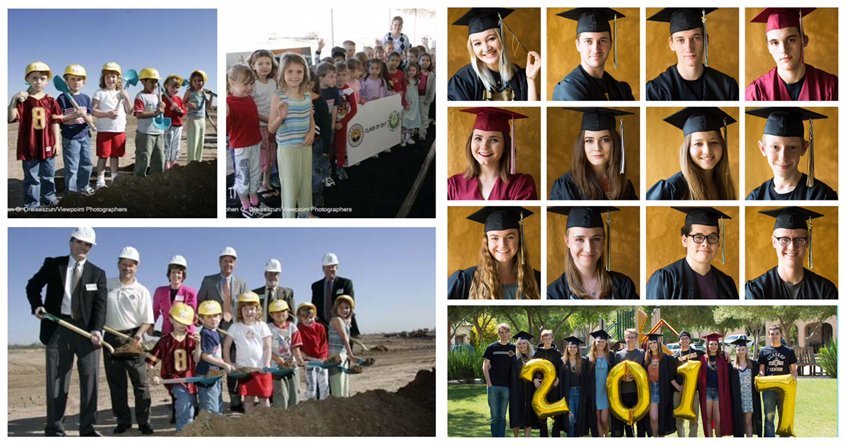 On Thursday, May 25, the Class of 2017 graduated. A milestone in its own right, this milestone was extra special for the Verrado community.

The class of 2017 is the community’s first class to begin their educational journey in Verrado, and for a handful of these grads, it was also where their high school education ended.

In 2005, this group of kids started kindergarten at Verrado Elementary School. That same year, Verrado broke ground on Verrado High School (VHS). The future class of 2017 was at the groundbreaking, digging in the ceremonial dirt with Verrado dignitaries.

From hard hats in 2005 to graduation caps in 2017, these kids graduated from VHS and Odyssey Preparatory Academy, marking a Verrado community milestone 12 years in the making. Congratulations to the Class of 2017!