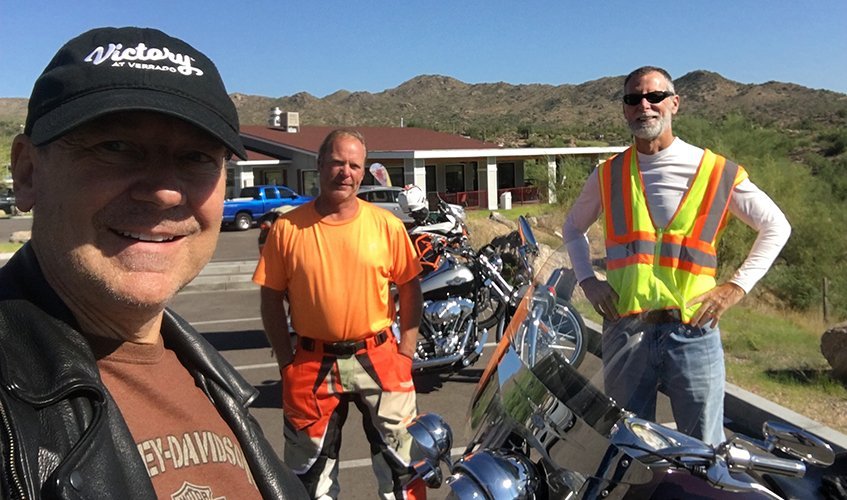 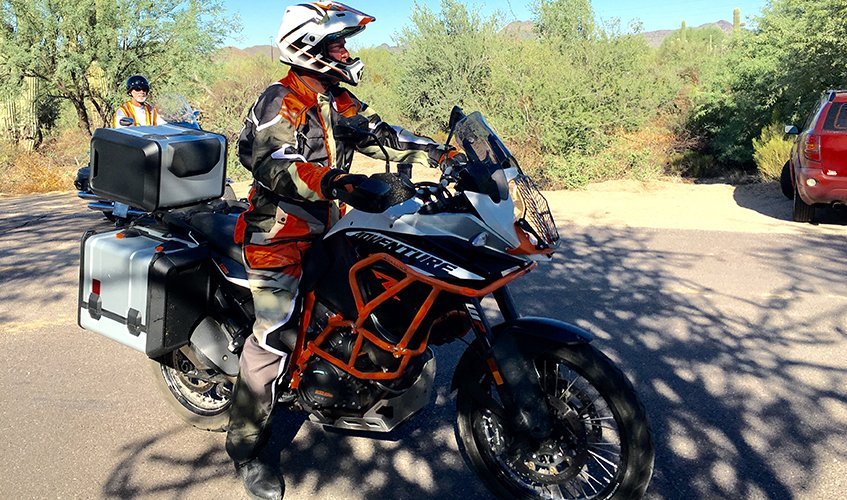 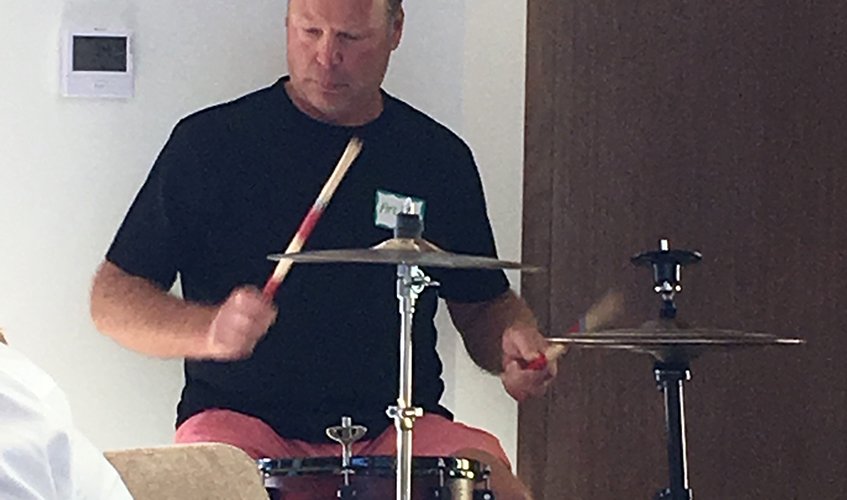 Andy Kapp and his wife Nancy longed to live in Arizona. After years of vacationing and visiting family in Surprise, the pull of the desert won. They moved to Victory from southeast Pennsylvania in early 2016.

If you ask the Kapps, living in Victory was just meant to be.

With a cross-country move contingent on selling their Pennsylvania home, two new West Valley home purchases fell through. Not to be deterred, Nancy went online and googled “55+ communities.” Victory popped up, she clicked and was hooked. She read all about the community—what was planned and what Victory wanted to accomplish—and said, “That’s where I want to live.”

A visit to Victory and Andy and Nancy agreed the community was the perfect fit. As a health and fitness nut, Nancy is drawn to everything on the hill at The Victory Club. And as an outdoor adventure fan—especially those on two wheels—Andy was drawn to everything around the hill (aka, Tiger Mountain).

“I would define myself as adventurous,” says Andy. “I enjoy the desert outdoors. It’s why I moved here…to get outside and explore year-round…and I do.” Andy’s love for two-wheeled adventure goes back to his childhood.

For two seasons in his youth, he raced motor cross. Picture 40+ young men clustered together, bikes revved to top speed toward the same 12-foot-wide turn. Racing was, as he describes, “controlled, out-of-control.” And he loved it.

Today his wheels of choice are a little more controlled, but still built for off-road exploration.

While his Victory Motorcycle Club friends ride cruiser bikes, he rides an adventure bike. “I like the comradery of our group road rides. But if I had my choice, I prefer off-roading,” says Andy. “When I see a dirt road, my bike just pulls me in that direction.”

The pull of the desert dirt is so strong for Andy that he peddles in it too. He can hop on his mountain bike and get from his Victory home to the trails in just a few clicks. “I enjoy mountain biking and the trails in and around Victory are pretty amazing.”