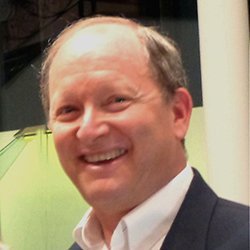 The Verrado community achieved an important milestone this week with the election of David Katz to the Verrado Community Association, Inc. (VCA) Board of Directors. The vote took place at our Annual Meeting on November 14.

Mr. Katz is the first elected resident to serve on the Board for a two-year term, marking the beginning of resident leadership in community governance. VCA bylaws dictate the election of a resident to the Board when 25 percent (3,250 units) of the anticipated conveyed 14,080 units is met.

Previously, representatives on the three-member Board were appointed by Verrado developer DMB. Mr. Katz will now sit alongside two additional board members who were selected by the founder.

Katz is a long-time resident in Verrado and has resided in the community for 11 years. He has a diverse background in managing large construction projects for nearly 40 years and has a degree in civil engineering.

Katz looks forward to maintaining the quality and character of Verrado as well as ensuring long-term needs of the community are met.

The VCA announced the owner election to the VCA board in August. Residents were invited to an informational session in early September. Nominations were accepted September 6 through 13 with a total of five residents submitting their applications. The VCA hosted a Meet the Candidates Forum on October 17, with online voting opening directly after and ending November 12. Online votes were cast with the addition of absentee and in-person ballots tallied by the League of Women Voters at the VCA Annual Meeting, resulting in Mr. Katz being the front-runner.

Thank you to candidates Mark Carvis, Carl Goin, Wesley Holm and Cecilia Sheridan for their time and dedication to the election.